Featured in the Dawesome Digest! 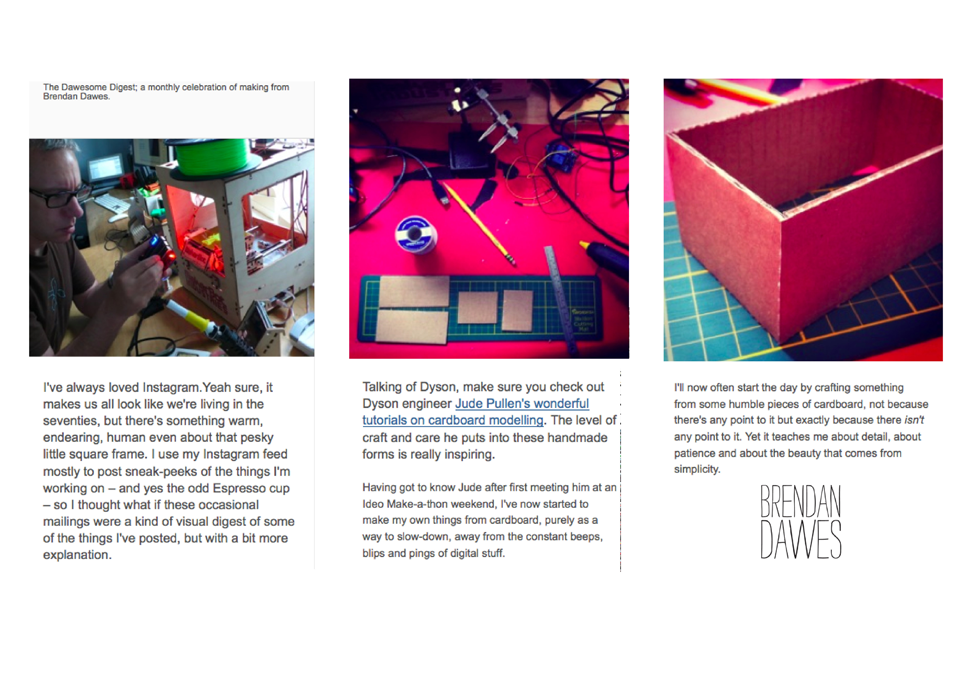 I met Brendan at IDEO’s Make-A-Thon. I was impressed he didn’t run a mile when I explained that I had a collection of kitchen knives and spent a lot of time pondering the best ergonomics of each, since I worked in a kitchen as a teenager. Likewise, his quest for the ultimate pencil seemed to have my appreciation and admiration. (I never knew Roald Dahl used nothing but “Dixon Ticonderoga” Pencils).

Our respective partners were not around to hear this nonsense, luckily.

After seeing my talk on card, and later giving some great feedback for this website, Brendan seemed inspired to have a crack at some of his own cardboard modelling – for one of his numerous projects, here. As one of the first to be brave enough to blog about his first attempt, I kinda admire this…

…but then the great thing you’ll notice about Brendan is that if he’s intrigued by something, he gives it a go: No waiting around for it to ‘trend’ or be ‘cool’ in the eyes of others – he just does it for himself. But then it’s probably this sort of fearlessness to experiment that gets his work featured everywhere from blue-chip companies to MOMA.